Home/NEXUS /Last minute 4th American (continued): what does the giant Advance Auto Parts do in the Nexus?

Last minute 4th American (continued): what does the giant Advance Auto Parts do in the Nexus? 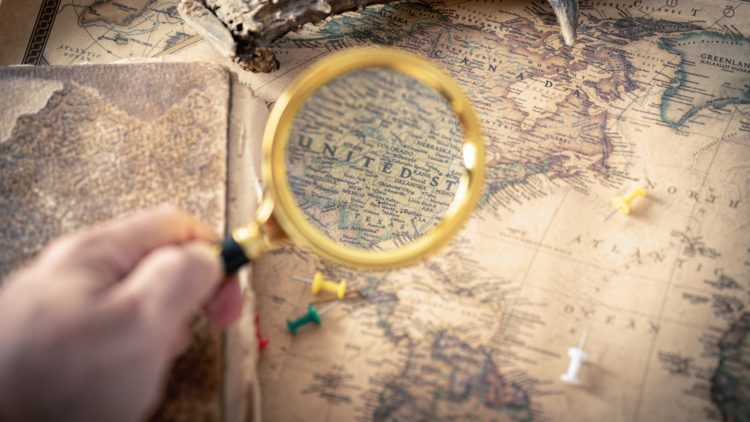 The following is an edited translation of an article that appeared in Après Vente Auto, the French automotive aftermarket publication, on Thursday, 31st October.

It is not by a spectacular acquisition that a fourth North American actor is coming out of the box; instead it is joining Nexus Automotive International, the most dynamic, and now the premier, of the six international trading groups.

But what does the ‘retailer’ Advance Stores Company, with its $ 9.58 billion and its 5,000 auto centres, see in the world of traditional distribution?

In a recent article we discussed the possible arrival of a fourth major North American player in the European and global aftermarket. Now it is almost official. The main suppliers have been informed: its name is Advance Auto Parts. And amid the abundance of contradictory rumours, we are not unhappy to have had the prudence to suggest a possible original way to see (the company) emerge within the Global aftermarket arena.

Because in that case, there is no structural buyout as LKQ Corp/ECP Or GPC/AAG did before.

APP now represents one third of the 27,5 billion euros that composed the consolidated youngest ITG all around the world.

Those who were waiting for PHE to be eaten by this new player will have to wait again to see this eternal rumour to become reality.

With 70,000 employees today, AAP was worth $ 9.58 billion in 2018 and hopes to reach $ 9.75 billion this year. The company has 6,340 points of sale, including 4,780 under its name, 1,231 independent stores under the Carquest brand and 143 Worldpac network branches. There are 183 other distribution companies in Canada, Puerto Rico and the US Virgin Islands, not to mention its online parts sales site advanceautoparts.com. It is a size and diversity that places it indisputably among the global giants of the distribution of parts and services.

But why is Advance Auto Parts so carefully joining Nexus Automotive International? Because the company did not choose its slogan ‘Think ahead. Think Advance’ for no reason. The phrase, which can be translated as ‘Think further, Advance thinking’ (that is to say ‘think ahead’) embodies the approach of a company that likes to take the time to prepare the next move.

A giant … of retail

This membership is potentially just a step specifically linked to the structure of AAP. Indeed, differently from LKQ or GPC, the activity of the company is largely dominated by retail. The almost 5,000 points-of-sale of Advance Auto Parts are car centres.

Adhering to an international trading group gathering a great majority of traditional distributors can be a relevant antechamber for someone who wants to study and understand the B2B market on which its two major US counterparts base their global growth. Especially since, as we have recently learned, LKQ Europe has shown by example that it is not enough to buy companies at forced march to release proportional profits.

We can assume of course that the giant joins Nexus to expand its vision to the world before calibrating a strategy of acquisitions in the world of the traditional piece.

The uncertain future of Do it Yourself

It is perhaps also that there are signs of a return to the offensive of the actors of retail. We know they are also sniffing / looking in Europe. Mobivia has quietly set up a business unit in B2B and has just taken a stake in Exadis. Retailers of course have long understood that B2B is not free of margins. But they also know that they are touching the limits of their market.

Do-it-yourself may be thwarted by the technological and digital growth of vehicles, especially in the United States where it weighs 30% of the coin market, when it represents only 5.3% in Europe. Also, in emerging countries, which seems promising because of exponentially growing parcs, it is precisely these recent vehicles with complicated technologies that make up most of the number. China has thus become in a few years the first global rolling stock.

To necessarily leave the B2C borders

It is therefore necessary that retailers put themselves in a position not to not ignore the future.

A future where the traditional distribution is otherwise a step ahead, at least one approach that allows him to at least stay in the race against a growing competition of the OES.

Of course, AAP may just want to be satisfied with getting, through Nexus, a better massification of its purchases. This is the first reason to join such a group. By joining the group, the American group is also offered a perch from which to observe the habits, strengths and weaknesses of a large pool of possible acquisitions. And the dynamism of Nexus (digitalization, omnichannel approach, rapid growth, presence in all global markets), can accelerate its global understanding of the tectonic movements of the parts, which will allow him to refine his strategy before launching out of his continental borders.

Towards a retail / traditional hybridization?

On the other hand, the current members of Nexus can also be enriched by the presence of AAP. Because if retail seems to have a ceiling, it has no less strong consumerist genes. These can be valuable for those who want to adapt to the future of an aftermarket that is redrawing with a change of engines, digitalization and especially the disruption of mobility.

AAP embodies this short circuit that leads directly to consumers, when the traditional aftermarket still focuses most of its strength to deal with the expectations of repairers. When you see the manufacturers cross the Rubicon, why would retail and traditional distribution not also try a salutary hybridization?

NEXUS on the roof top of the spare parts world

Besides the possible ambition of Advance Auto Parts, this is already and yet a superb action for NEXUS. The group moved from 20 billion euro to more than 27,5 billion. Even if it seems that the company Worldpac (subsidiary of Advance) won’t join this membership immediately together with Advance Autoparts, because of its current affiliation to Group Auto International. This should happen in a second stage.

In dollars, which remains the world’s reference currency, Nexus thus breaks the unprecedented barrier of 30 billion purchases accumulated by its members. The youngest international group (5.5 year-old) surpasses at one stroke all of its competitors (AD International, ATR International, Global One Automotive, Groupauto International, Temot International). The company brutally wins the world’s first place, dethroning his German counterpart ATR to 23.7 billion euros (26.48 billion dollars), which, however, celebrates its 52 years! The student has just passed his masters …

By the way, Nexus considerably consolidates its retail dimension, after hosting Feu Vert and Speedy in France, which its traditional French members are partly serving. This symbiosis of channels is in the omni-channel DNA of Nexus since its origin. And if we expect a hybridization between traditional and retail distribution as we discussed it in a recent article, the international group has just put a very relevant iron in the fire of its development. Especially at a time when increasing concentrations in spare parts distribution are starting to outdate the old business-model of international trading groups