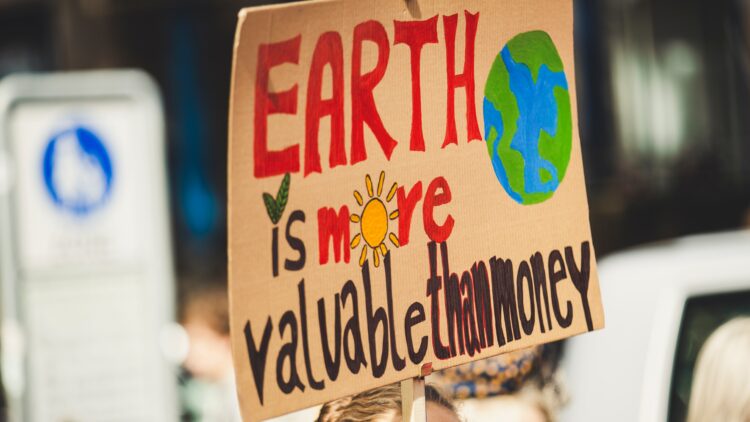 • There is no doubt that concern for the environment is one of the priority axes of today’s society, which is immersed in a profound transformation.

• New generations are growing up with a clear awareness of environmental care and the need for sustainability, grounded in both school and family environments, along with inputs that various administrations have been introducing to citizens, and they are future users.

The irruption of the young, but mediatic, Greta Thunberg, an activist who has collected the spirit of the young people from Greenpeace but passed through the filter of Generation Z that understands and attends to the messages of ‘influencers’ and social networks, personalizes this new society that has a vital interest in sustainability.

And we welcome it. Obviously, (no matter how much space missions advance) at the moment we only have one planet, the one we inhabit, and it depends on us to minimize the negative impacts that the passage of humanity infringes on it.

Nothing is free. Many of the advances and comforts we enjoy have taken their toll on the planet and today, with a clear and documented awareness of the havoc wreaked on it, attempts are being made to protect the environment as much as possible, creating alliances that unify the efforts of all groups in the same direction.

We are not going to mention them all, nor to explain their uneven follow-up (let’s hope that the United States and its new administration, together with China will join the Davos meetings), but perhaps we could highlight among them the Sustainable Development Goals (SDGs) created in September 2015 to raise awareness about the 2030 Agenda for Sustainable Development, or the UN Global Compact that, among its 10 universal principles, specifically incorporates the environment and the responsibility of companies in it, and that (reactivated) claims that all signatories pursue the implementation of the SDGs.

The UN Global Compact is gathering a multitude of support among companies and sectors of the automotive industry at all levels, global, national, local and private.

And we will proudly mention (and by way of example, for not being exhaustive) three proper names of automotive actors in Spain among the signatories: SERNAUTO, Grupo Antolín and, recently, the announcement in its last congress this February, the addition of FACONAUTO (concessionaires of vehicle manufacturers).

The automotive sector is one of the strongest sectors in the economies of developed countries (in Spain, in 2019, it contributed 8.5% to GDP directly and up to 11% accounting for indirect contributions). It is also one that has been most concerned and invested so that sustainability is increasing. This is in terms of vehicles and their emissions, the minimizing of the carbon footprint of vehicle component production plants, and after-sales interventions, including controlling end-of-life in treatment centers, which have been protocolized and regularized to the limit.

Our sector, being important, has always been in the spotlight, and for this reason it has seen how the demands of governments have become increasingly restrictive in pursuit of the protection of citizens and the health of the planet.

This has resulted in requirements in the engineering of vehicle engines (and upstream in the components that make them up), and the promotion of cleaner propulsion alternatives (although it would be necessary to debate which ones are really based on their manufacture, to propulsion power or infrastructure).

Also, the appearance of increasingly stricter regulations regarding emissions and urban circulation, with delimited zones and time slots that prohibit the circulation of vehicles (in the controversial Madrid Central in the capital of Spain, in Barcelona the also highly protested ZBE -Low Emission Zones-) and that entail many difficulties for the participants (the workshops have raised their complaints before the administrations for the difficulties that they cause them to carry out their business) and, of course, huge economic investments and in time for professional training at all levels, from component manufacturers, constructors, distributors and workshops.

But you have to ‘break a spear’ for the automotive industry in all its arenas and say loudly that the sector has responded more than any other. Understanding of the characteristics of sustainable development, that ensure the needs of the present without compromising the needs of future generations, is intensifying day after day.

Not only out of obligation, but also because of the social responsibility and commitment of companies and organizations and, therefore, on many occasions it is included in the CSR (Corporate Social Responsibility) documents since the managers themselves are clear that the future lies in opening arms to eco trends, which, at the same time, has meant reflections in work formulas that, not infrequently, have meant achieving efficiency.

And those involved in the value chain (I repeat, at all levels) work in this field, locating talent that introduces new perspectives to arrive at more efficient solutions (which is a form of sustainability, by optimizing resources) and giving each increasing preponderance of circular economy products, sporting emblems of operational ecological responsibility (certifications from external entities or private protocols of internal creation in organizations) to be chosen by users (increasingly informed, increasingly aware) among the entire offer available in the market.

But much remains to be done. It is obvious.

Immersed as we were in a change in the economic cycle, of revision and deep restructuring of the industries, which the COVID-19 pandemic has only aggravated, we have a sector that continues to be in the spotlight, and that suffers from structural problems that, to reach a solution, require the support of many wills.

If we focus on Spain, we have a complex situation with an aging fleet (12.7 years on average) with a high number of vehicles that have serious defects due to excess polluting emissions when passing the Technical Inspection of Vehicles ( ITV): 13.6%, according to the AECA-ITV entity.

It would be necessary (according to the ANFAC employer) to scrap 19 million vehicles in Spain until 2030 to reduce that average because, although the decarbonisation of the parc is being pursued, it cannot but be orderly, progressive and without neglecting technologies, since a current diesel vehicle it emits 90% less NOx than 12-year-olds or older, thanks in part to the particulate filter.

But for this a renewal of the fleet is needed that is not achieved (January 2021 started with the largest historical drop in sales of new vehicles, more than 51%, since the figures were collected monthly in 1989) due to the increase in prices of vehicles . The sector (ANFAC, GANVAM, FACONAUTO …) proposes a new tax that would penalize seniority, in order to advance decarbonization and improve air quality in cities and road safety.

Throughout the exhibition it has been mentioned that this important business is not exempt from affectation as far as new environmental trends are concerned. Component manufacturers, in addition to working industrially to reduce the carbon footprint, work to provide spare parts for maintenance and replacement in repairs adapted to the new models that incorporate all the technological innovations that seek sustainability: lighter parts, introduction of elements of the circular economy, comprehensive management of product recycling.

And of course, the distributors who work to transmit to the clients of the clients, the workshops, the technological training of these new components to support their customers.

So do institutions at the institutional level, which cooperate by providing all the necessary information and training in legislative matters and new technologies, and of course private companies, such as repair networks, which promote reviews in order to increase the pace of vehicles through the workshop and help them reduce emissions and fuel consumption.

The workshops themselves have always worked in favor of sustainability and one of the problems they struggle with (together with SEPRONA, the specialized division of the Civil Guard) is to eradicate unfair competitors who practice repair without having control over waste that damages the environment so much.

In summary, sustainability, apart from being a trend is a vital need, and the automotive industry as a whole, as an innovative and responsible sector, has worked and works to reach a balance that involves maintaining the industrial and business wealth that sustains it while pursuing technological advances for quality of life and sustainability, although this requires that the administrations form part of a common initiative that should be the task of all.