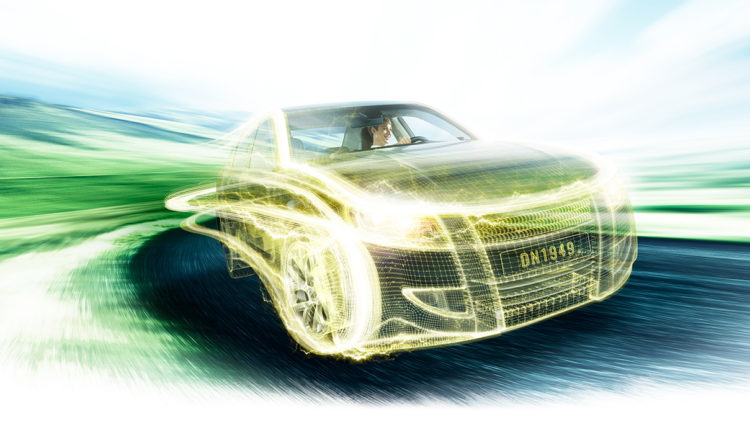 The website is open to the wide public of automotive and heavy duty passionate. NEXUS is constantly delivering information and innovative service and the blog will be a resource for all the curious reader.

With more than 30 years’ experience in the aftermarket and a role which takes him around the world building relationships with ITGs and discussing strategy with DENSO’s overseas group companies, Nigel Cole is ideally placed to comment on the changes and challenges that are really affecting the aftermarket today.

“Firstly”, he notes, “there are four long term trends that are widely discussed: electrification, connectivity, autonomous vehicles and shared mobility.” These topics are the subject of much debate and are often covered in industry publications and conferences – but as Nigel points out, “There’s no major short term impact.” Whilst vehicle manufacturers and governments are preparing to embrace these changes, the effects will not be felt for some time yet. The UK Government, for example, has a strategy in place aiming to ensure all new cars sales are made up of effectively zero emissions vehicles by 2040. France has the same target, whilst in the Netherlands and Germany, the goal is set for 2030.

“One to watch”, mentions Nigel, “is Norway.” In 2018, according to the Norwegian Road Traffic Information, out of the 147,929 new passenger cars registered in 2018, 31.2 percent were all-electric vehicles. Include all plug-in vehicles and that increases to 49.1 percent of the market. Although EVs still represent only a small share of Norway’s overall car parc, the country is rapidly adopting electrification, and as Nigel says, “It is there that the effects on the aftermarket will be seen first.”

Consolidation across the aftermarket

Focusing on changes which are apparent in the aftermarket today and which have the potential to alter the market’s core structure, Nigel remarks on the acceleration of industry consolidation that has become apparent over the last few years.

“Amongst the manufacturers, ZF buying TRW was really the start, since then we’ve seen many others on the acquisition trail. Ultimately, I think we’ll see the big brands getting even stronger.” In terms of DENSO’s activity, the corporation has not conducted any major acquisitions but has focused on smaller, specialist companies. Nigel is confident that DENSO will remain influential due to their expertise in OE technology, and as a result, the aftermarket business will continue to grow.

Consolidation is also evident amongst parts distributors, with GPC and LKQ emerging as two major consolidators globally. Increased size and reach brings about an increase in power, as Nigel points out: “Globalised distribution companies will drive a change in the whole market, requiring other players to challenge themselves to create synergies.”

Distributor acquisitions are also affecting the trading groups (ITGs) of which they are members, with monopolies and mergers commissions carefully scrutinising deals to ensure that neither the distributor nor the trading group will gain an unfair advantage. Nigel explains, “This shows that the ITGs are now being recognised as market driving forces, rather than merely clubs.”According to a McKinsey report, over the last 5 years, the North American market saw more than 600 M&A transactions in the automotive aftermarket, and 9 of the 10 largest European independent aftermarket distributors have been involved in M&A and consolidation activities. ﻿

It’s not just aftermarket manufacturers and distributors that are expanding: “The international trading groups, which have been dominant in Europe for some time, are now becoming global,” says Nigel.

In addition to welcoming new, international members, ITGs are also working on building up a successful network of high quality garages around the world, which will help to deliver a long term business plan for their members. “A workshop network that consistently meets high standards can win business from big fleets, plus attract the attention of local, smaller fleets. This results in guaranteed business for the workshops, and also for the distributors who are members of the ITG.”

Professionally managed fleets are increasing in importance, whether they are formed of company and rental cars, taxis such as Uber or shared vehicles. Looking further ahead, it is predicted that nearly one out of ten cars sold in 2030 will be a shared vehicle (source: McKinsey). Nigel predicts that, “The intermediaries are going to start having a real impact on our market. More and more often, it will be people other than the driver of the vehicle who are responsible for maintenance. This idea is a bit scary for the independent aftermarket. As I’ve mentioned, the ITGs are trying to get ahead and win business in this area, so that some of it goes to the independent aftermarket rather than through vehicle manufacturer networks.”

It’s clear that the aftermarket will have to adapt to the needs of such fleets. For example, these vehicles tend to spend more time on the road, meaning additional wear and tear. Since uptime is of key importance to fleet managers, aftermarket concepts to minimise downtime and ensure competitive total cost of ownership are required.

Whilst some developments bring about rapid change, others may not. This is the case when it comes to online parts distribution, according to Nigel: “We thought online was going to be ruining our market, stealing business from everyone. But it’s not as big a threat as we thought 5 years ago. There are online players who have tried and failed. Just having an online price plus delivery is not enough – a wider service offering is required.” The services provided by more traditional distribution companies, such as immediate delivery and unlimited returns, coupled with the expertise of the distributor in helping to select the right parts, are valuable and not to be underestimated.

Great service is equally important to other areas of the aftermarket too. Nigel notes, “The more added value trading groups can put into their offering for their wholesale distributors – training, technical back up, cataloguing etc. – the better. And as we get into the realms of vehicle manufacturers withholding data, the more data that trading groups can get from companies like DENSO, the better they can support their network and retain members.”

It certainly seems that service needs to be a key focus point for all aftermarket stakeholders. A recent survey of industry experts revealed that when asked what would be more important in the future aftermarket, 54 percent replied service, compared to six percent who replied parts (source: McKinsey).

Another key area relating to service is the provision of digital solutions to help the independent aftermarket compete against vehicle manufacturers. A good example is DENSO’s e-Videns, a user-friendly, comprehensive vehicle inspection tool that increases workshop efficiency and transparency by scanning systems for error codes and performing an innovative health check (unique to DENSO) via cloud technology to identify problems and pre-empt future issues. The product also stores customer data and generates comprehensive reports. Nigel predicts that there will be an increasing number of digital solutions coming to the aftermarket over the next few years.

Whilst the impact of long term trends may not yet be being felt in the aftermarket, there are many other changes and challenges that are affecting the way the industry works. It is important for all aftermarket stakeholders to be agile and responsive: the only way to remain competitive is to evolve as the market requires.